Published by CSAP Webmaster on November 2, 2020

CSAP’s 2020 Annual Meeting on October 3 was a wonderful opportunity to gather together.

Fifty-six CSAP members and friends attended this meeting, with 44 attendees eligible to vote. Members considered and voted on proposed bylaw and standing rule amendments and for a new CSAP leadership team. CSAP’s board of directors serve for a 2-year term and are elected at the Annual Meeting in even-numbered years.

This year, members chose the following team of elected Offices: President—Sally LaMacchia, PRP, Vice President—Kimo Gandall, PRP; Secretary—Vicki Walter, RP, and Treasurer—Maria Trujillo-Tough, RP. Rounding out the group, Gail Lover, PRP, accepted appointment as CSAP Parliamentarian. These 5 individuals comprise the CSAP Executive Committee and are members of the CSAP Board of Directors, which has 10 members.

As of October 3, 2020, as reported by out-going Vice President and incoming Northern Area Director Esther Heller, CSAP has 168 members. This number will rise in 2021 as the value of applied parliamentary procedure becomes ever more apparent to groups large and small. CSAP is committed to bringing the benefits of Robert’s Rules of Order, Newly Revised and In Brief to as many concerned and civic-minded persons as possible.

To those CSAP members and aspiring parliamentarians who were not in attendance this year – please know, you were missed. As we move with some trepidation into 2021, may the CSAP ties that bind us strengthen, and may we see more not less of each other. Time for quiet travels through our California Winter Wonderlands. Take care everyone. Talk softly and carry a Big Heart! We shall see you soon. 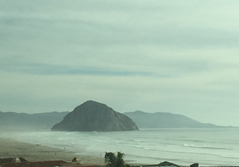 CSAP’s Virtual Annual Meeting CALL is issued for October 22 – 24. Members and non-members are welcome. Not a member but curious? This is a should-not-miss opportunity! Click here to register. The following are the Read more…